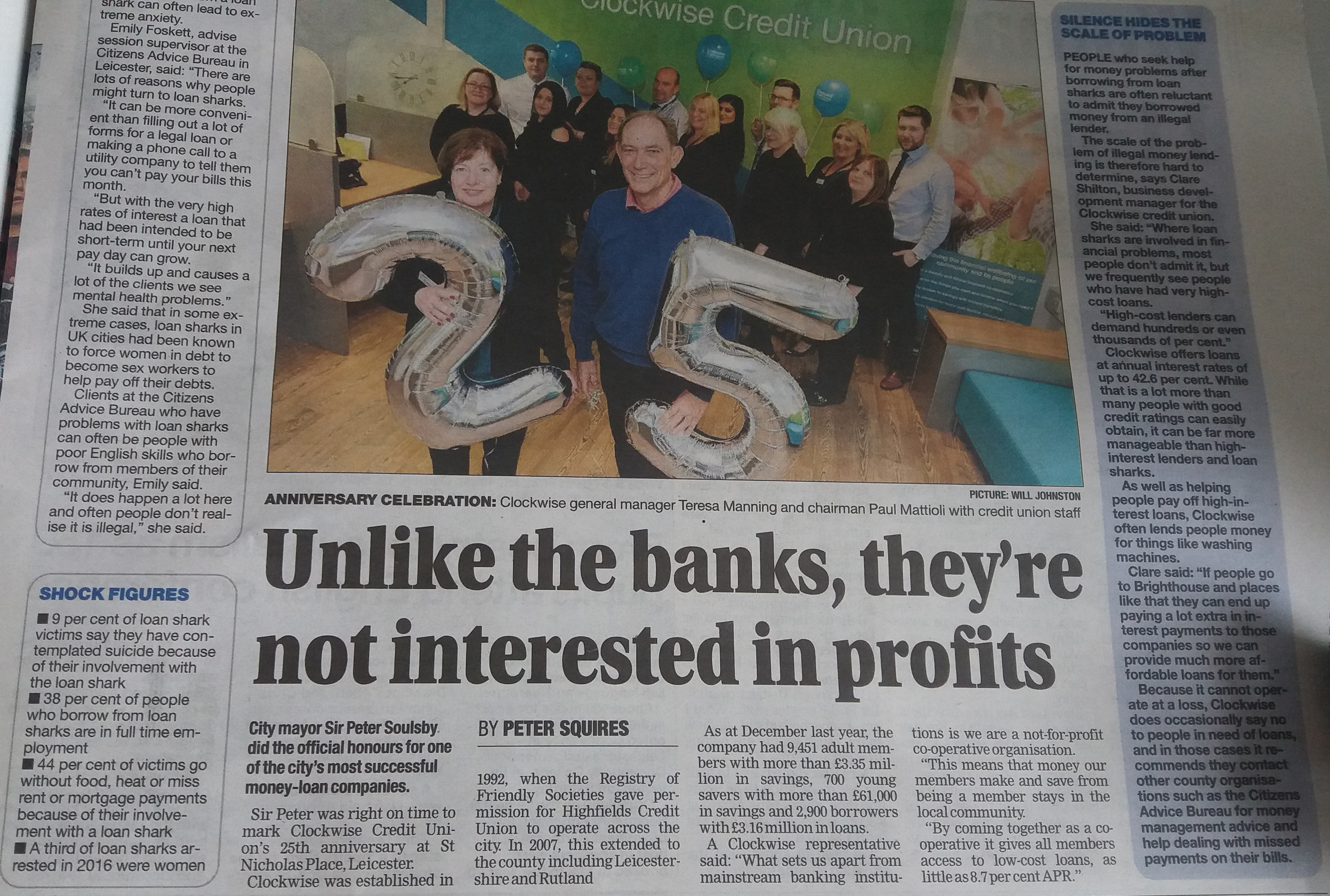 We strongly support raising awareness of the dangers around illegal money lending and recently featured in the Leicester Mercury who published a story about a ‘loan shark’ victim that has been helped by the Illegal Money Lending Team.

It is estimated that a staggering 310,000 UK households have borrowed from an illegal money lender.

Join us for our 25 Year Anniversary Celebration

Our branch refurbishment will be starting on Thursday 23rd March. From this date there will…